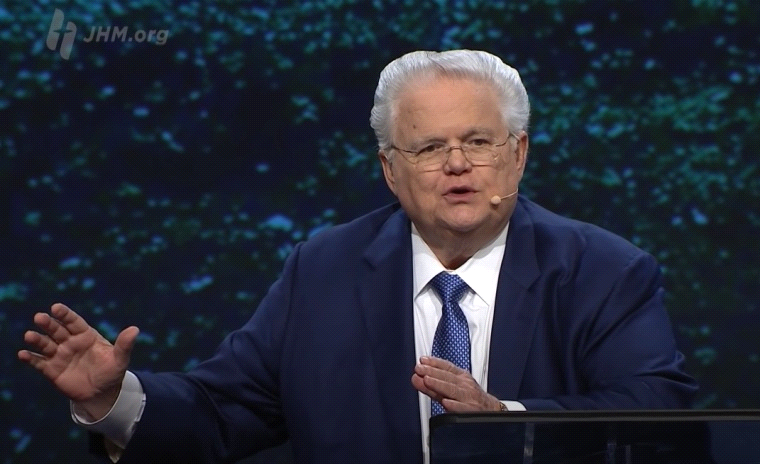 Months after John Hagee, senior pastor of Cornerstone Church in San Antonio, Texas, declared Jesus Christ as the vaccine for COVID-19 after he was hospitalized with the virus, his ministry has clarified that he believes in prayer and medicine and is “taking the vaccine.”

“Pastor Hagee himself is taking the vaccine,” Hagee Ministries spokesperson Ari Morgenstern told ABC News in a statement, adding that Hagee’s comments, in which he said he had been taken out of context. “Pastor Hagee believes in both the power of prayer and modern medicine. These are not mutually exclusive.”

Hagee’s church did not immediately respond to a request for further comment from The Christian Post on Tuesday.

As he recovered from a high publicized bout with COVID-19 last November, Hagee revealed to his flock that he spent 15 days in the hospital and credited the healing power of God for his recovery.

“I’m sitting in this chair today to the testimonial of the healing power of Jesus Christ. I spent 15 days in the hospital with double pneumonia, and I’m still supposed to be home gasping for air,” he said.

“I’m on this platform speaking of the glory of God for the healing power of God. I breathe under the authority of Christ every sickness and every disease and especially the COVID thing that’s sweeping this nation.

“We have a vaccine; the name is Jesus Christ, the Son of the living God. Let Him sweep through this country and heal the righteous who dare to ask for it. Heal our church members. Restore them rapidly. Let the name of Jesus Christ be exalted because He is Lord over all,” Hagee declared.

According to ABC News, “Doctors say remarks like that make it more difficult to ensure that all communities are protected from the virus.”

“The challenges that we’re seeing from the anti-vaxxer community, from religious communities, are also impacting equitable access to vaccines, which I think is a really important issue — particularly in communities of color,” Dr. Jay Bhatt, ABC News’ medical contributor.”The choice we’re making is one of health, of one of safety, of one of helping us together do the things we need to get to a COVID-free world.”

Other religious leaders, including controversial Pastor Tony Spell of the 3,000-member Life Tabernacle Church in Baton Rouge, Louisiana, have encouraged their church members not to take the COVID-19 vaccine.

He added: “How can you trust a government who in 1945 purposefully [conducted] the Tuskegee study?” In the Tuskegee trial conducted from 1932 through 1972, the U.S. Public Health Service studied the effects of untreated syphilis in black men in Macon County, Alabama. Men in the study were offered free medical care and burials, but not penicillin, which became the recommended drug for treatment of syphilis in the 1940s.