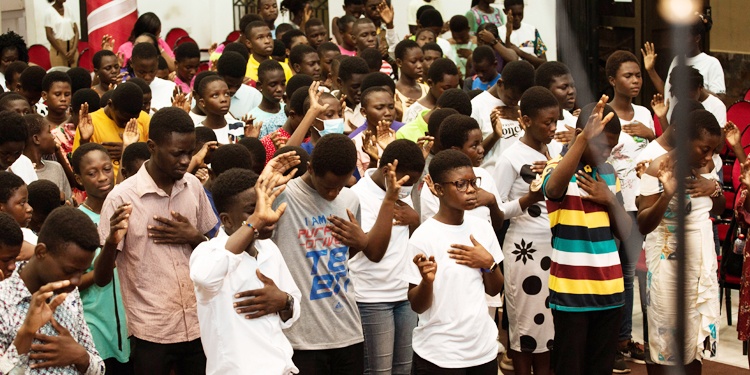 Apostle Samuel Osei Asante, the Patron of the ministry, who is also the Area Head for Kaneshie and an Executive Committee Member of The Church of Pentecost, announced the theme: “In Him is Life” (John 1:4) during the official launch ceremony.

Apostle Osei Asante mentioned that Vision 2023 of The Church of Pentecost aims at ensuring that every member is involved in a ministry space for Christ and sees the teens evangelism as one of the prominent steps.

He called for the support of all stakeholders, especially the Area Heads, District Ministers, Presiding Elders, Local Presbytery, Ministry to Teens (M2T) Coordinators, all Youth Workers, as well as, the entire membership of the Church to be actively involved.

In his address, the Deputy Director, Elder Professor Eric Appau Asante, explained that the Chairman, Apostle Eric Nyamekye, in a circular dated November 17, 2022, called for a separate nationwide Children and Teens Evangelism for December 2 and 3, as well as December 9 to 10, 2022, respectively.

He described the call as timely in an era where there has been a renewed call for intentional ministry to the teens. Citing the statistics of the teens, Professor Appau Asante mentioned that teens form 45% of the membership of the Youth Ministry.

Inferring from the Chairman’s recent call to build tomorrow’s church today, the Deputy Director stated that Teens Evangelism is a necessary step to attain the vision.

He, therefore, called on all stakeholders to ensure the effectiveness of the evangelism and emphasised that the programme should be held at the Local Assembly level.

Pastor Gordon Ansah, the National Youth Ministry Secretary and the Chairman of the Planning Committee for Teens Evangelism outlined the programmes of activities for the exercise.

He mentioned that from Monday, December 5 to Thursday, December 8, 2022, would be used for intensive prayer and preparations across all local assemblies.

Schools Outreach Ministry would also visit schools across Ghana on Friday morning (December 9, 2022). Again, on Friday and Saturday evenings there would be nationwide open-air evangelism.

However, Saturday morning (December 10, 2022) has been designated for placard evangelism, market evangelism, distribution of tracts, and all forms of one-on-one evangelism.