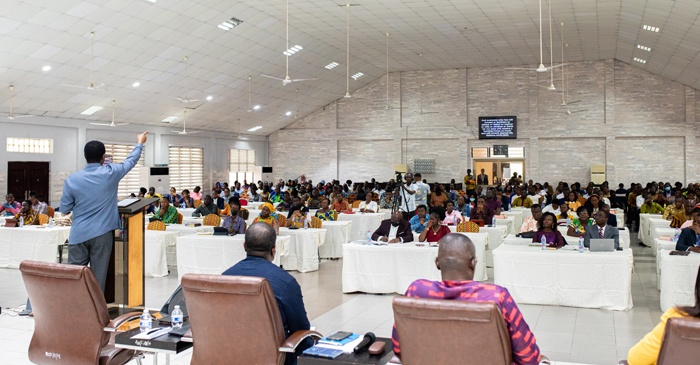 The 2022 orientation for newly-called missionaries of The Church of Pentecost has ended at the Pentecost Convention Centre (PCC), Gomoa-Fetteh, near Kasoa.

The five-day event, organised by the International Missions Office, began on Monday, July 4, and ended on Friday, July 8, 2022.

Closing the event with a sermon on the topic, “The Ministerial Call,” the Chairman of the church, Apostle Eric Nyamekye, stated that the ministerial calling is a life of pure and holy sacrifice.

“The whole church is called for the whole mission, but this particular calling is a call to sacrifice for the sake of the house of God,” Apostle Nyamekye said.

According to him, the call is a sacrifice for the sake of God and His kingdom. He, therefore, said that the motives of a man when he is being called are always read by God.

He admonished the clergy to be careful of the kind of friends they take in ministry because some have not been called and due to that their ‘gods’ are their bellies.

Apostle Nyamekye further said that ministry is about snatching men from hell and making them ready for heaven, stressing, “We are to seek the lost wherever they are.”

He added: “Anyone fit for heaven is a great asset to the earth. Therefore, once you offer yourself as a sacrifice, you do not determine where you are sacrificed. Hence, when you accept the call, where you are posted is in the hands of God.”

The Chairman urged them to have a better understanding of the ministry so that God will turn things around for them.

Quoting David Livingstone, he emphasized that the ministerial call is a diplomatic call assigned by God to men. He then encouraged wives of missionaries to support their husbands instead of arguing about their roles.

“As a minister of the gospel you are a diplomat, so your spouse’s role is not defined, hence, you are one in ministry,” he emphasised.