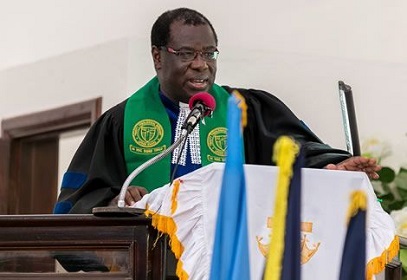 The Presbyterian Church of Ghana (PCG) has asked the government to review the free senior high school (SHS) education policy to allow parents capable of financing some aspects of the programme to do so.

That, the PCG said, was due to the fact that the free SHS programme had become a huge financial outlay which the government was finding it difficult to implement.

The church was of the belief that if capable parents were allowed to pay for some aspects of SHS education, it would bring relief to the government.

This was contained in a communique issued by the church at the end of its 22nd General Assembly in Abetifi in the Kwahu East District in the Eastern Region last Saturday.

According to the communique, although the free SHS policy was laudable, since it had made it possible for many needy children to have access to SHS education, it had become a problem because the government alone could not shoulder it.

Presenting the six-page communique, the Moderator of the General Assembly of the PCG, Rt Rev. Professor Joseph Obiri Yeboah Mante, said the church was worried about the current hardships Ghanaians were going through as a result of the poor state of the economy.

That, he indicated, had compelled the government to seek a bailout from the IMF, a move which the church deemed necessary.

Consequently, it called on the government to initiate prudent measures that would cushion Ghanaians against the high cost of living.

The church was not happy about the issue of some political leaders prioritising their personal and sectional interests over those of the nation.

It noted that comments made by some otherwise respected citizens in recent times “lacked sound judgement”.

For the church, those comments suggested that once the views of those people “did not win” or what they desired was not achieved, it did not matter to them if the country “collapsed on their heads”.

In that context, it pleaded with all sections of the nation, especially leaders of political parties, opinion leaders, ethnic and religious groups, labour unions and those who had chosen to promote various causes, to show maturity and be tactful in their approaches to issues.

The PCG acknowledged the many complaints about corruption, economic hardships, perceived miscarriage of justice in the courts and other perceived or real deficits in the management of the state.

It, however, indicated that the solution did not lie in visiting any form of “lawless violence” against the state.

Therefore, it urged all Ghanaians to commit to the principle of Ghana first as they pursued their daily concerns and livelihoods.

While admitting that the perceptions about corruption in high places might be real, it, however said “it is unwise for some of our political leaders to be careless in their appearances, as appearances feed into perceptions and fuel rumours”.

“If we make our democracy appear like a deliberate arrangement whereby rival groups of the elite of the country seize the apparatus of the state in fixed cycles of eight years to share the common resources among themselves and cronies, ordinary citizens will definitely feel swindled,” it said.

On security, the PCG intimated that the country had been faced with increasing threats and called on the people resident in the country and communities to cooperate with the state security agencies to fight the threat.

Notwithstanding the shortfalls, it said it was grateful to God for the peaceful co-existence of people of diverse religious persuasions, which had been a long-standing feature of societies in the country.

The communique also touched on how the PCG had found great promise in the institution of the Green Ghana Month and the Operation Clean your Frontage campaign as key tools for reforestation and improvement in environmental cleanliness in the country.

“The PCG supports these initiatives and pledges to continue its partnership with the relevant state agencies to run these campaigns,” it said.

While pleading with the government to pay all outstanding allowances owed Nation Builders Corps (NABCo) trainees and also find ways to extend the programme, the church called for action to tackle youth unemployment.

Although it said the church welcomed the government’s programmes in the agricultural sector, it nevertheless felt the continuous importation of food items would negate the intended impacts on local producers, as they were squeezed out of the market.

The communique encouraged the government to put in place policies that would protect local producers in the country.