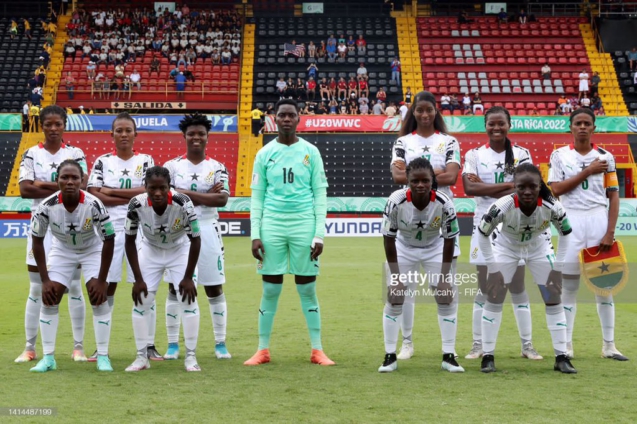 Ghana’s U-20 female team will look to pick up their first point at the ongoing FIFA World Cup when they take on Japan on Sunday, August 14.

The game, scheduled for a 17:00 GMT kick off, could see the Black Princesses end their tournament earlier than they would have wanted depending on the other group game between USA and the Netherlands.

The Black Princesses were brushed aside by USA in their opening game at the tournament, which is being staged in Costa Rica.

A 3-0 score and a red card to Jacqueline Owusu means Ben Fokuo’s side go into Sunday’s game with a must-win mentality if they are to sail through to the next round.

The red card received on the opening day means Owusu will not be available for the game against the 2018 winners.

Japan were 1-0 winners over the Netherlands in their opener and are a win away from advancing to the knockout phase of the competition.

The defending champions are hopeful of winning the competition again but they will first have to gain a good result against Ghana to be able to make that target a reality.

“We have psyched them (players) to put the defeat against the USA behind and think about the next games,” Fokuo said prior to the Japan game.

“The game against Japan is very important to us and we need to psych the players very well, but we are not under any pressure.

“We’ve lost our first game and we don’t want to repeat it again.

“We will be tactically disciplined going into the game and hopefully get maximum points.”

Unsurprisingly, the Black Princesses have failed to win any of their second fixture at the last four editions of the U-20 Women’s World Cup.

Can they break the trend today?

The Falconets of Nigeria, the Taegeuk Ladies of Korea Republic, Team USA and the Young Nadeshiko of Japan could celebrate Round-of-16 qualification on Sunday. The Black Princesses, the Canucks of Canada, Les Bleuettes of France and the Oranje Leeuwinnen of the Netherlands could be out.

Elsewhere, Nigeria – who have won their two meetings with Korea Republic in the FIFA U-20 Women’s World Cup, play today. Can Flourish Sabastine, who looked lethal against France, fire them to a third, or will goalkeeper Kim Kyeonghee prove insurmountable once again?

France are the only team to have reached the semi-finals in each of the previous three editions, but they’ve serious work to do to stay alive at Costa Rica 2022. Canada also lost their opener. Will Alice Sombath and fellow go-to girl Laurina Fazer be able to kick-start Les Bleuettes’ campaign, or will senior CWNT players Jade Rose, Zoe Burns and Olivia Smith keep themselves in the mix?

2
USA surprisingly haven’t won their opening two matches at a FIFA U-20 Women’s World Cup since 2008, when Alyssa Naeher, Sydney Leroux and Alex Morgan inspired them to defeats of France and Argentina.