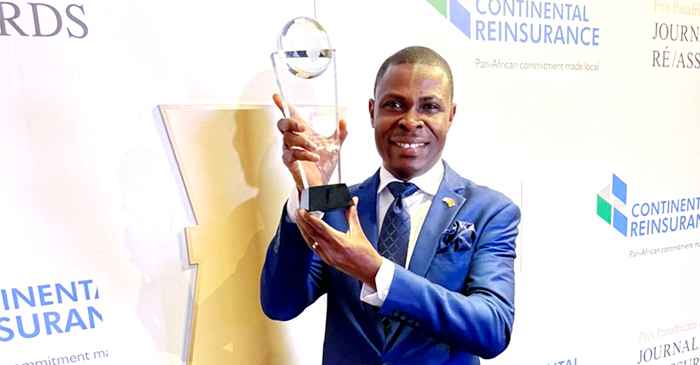 Pastor Dr. Felix Dela Klutse, the Head of Media Department of The Church of Pentecost was adjudged the winner of the prestigious 2022 Pan-African Media Awards at an international award ceremony held in Lagos, Nigeria on Friday.

The Pan-African Media/Journalism Awards was initiated by Continental Reinsurance (the largest insurance company in Africa) in 2015 to recognise and acknowledge the good works of individuals and media practitioners, who have contributed to the growth of the African Media landscape and other sectors of the African economy over the years.

Pastor Dr. Klutse, who contributed towards the media sector through a series of articles and other media-related projects over the years, beat 100 media practitioners nominated for this award from other African countries to emerge the winner at the awards ceremony, which was attended by prominent media practitioners, captains of industry, diplomats and other dignitaries from the African Continent and other parts of the world.

In an interview with PENTECOST NEWS, Pastor Dr. Klutse, who is also the Resident Minister of Mount Olives Worship Centre, a branch of The Church of Pentecost at Odorkor Area in Accra, said the award will motivate him to even work harder by using the various media platforms to win souls for Christ.

“I started my media profession in 2002 and this is the 17th award I am receiving,” he stated, disclosing that, one of the best feelings in life is to have your work being recognised at the international level.  Pastor Dr. Klutse received a plaque and other prizes for emerging as a winner.

Speaking at the award ceremony, Mr. Lawrence Nazare, Continental Reinsurance’s Group Managing Director noted that, “The Pan-African Media Awards are an extension of our continued commitment to advance excellence in the African media sector.”