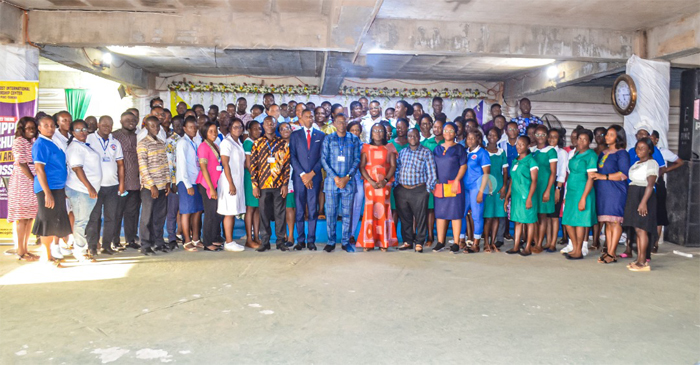 Pentecost Hospital-Tarkwa, one of the three hospitals of The Church of Pentecost, has organised the second edition of its annual award ceremony to reward eight staff for their outstanding services in 2021.

Speaking at the ceremony, Pastor Bright Nyamedor entreated all staff to work hard for the betterment of the hospital. He urged the health personnel to see their profession as a calling and should, therefore, execute their mandate with integrity and Christlikeness.

The General Manager of the hospital, Pastor Dr. Suleman De-Graft Issaka, acknowledged all staff for their tremendous efforts in making the facility a hospital of choice.

He stressed that “everyone is a winner in their own way. However, this ceremony is organised to reward outstanding staff in order to motivate others to work harder.”

Mrs. Caroline Otoo, in her remarks, commended the hospital for organising such a programme to honour its staff for their hard work and input.

She also challenged staff to change the negative perception of health workers.

The Theatre and Recovery Ward, Emergency Unit, and the General Ward were presented the “Best Unit,” “Second-Best Unit,” and “Third-Best Unit” awards, respectively.

The awardees were each presented a citation and a cash prize.