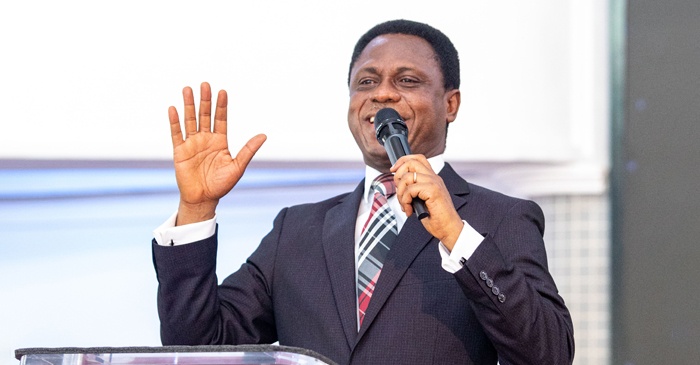 The Chairman of The Church of Pentecost, Apostle Eric Nyamekye, has charged Christian parents to make a concerted effort to raise their children in a godly manner for God’s service.

Apostle Nyamekye was speaking during the live broadcast of a Special Evening Service on PENT TV on Sunday, July 17, 2022, as part of his series on “Family – An ‘Endangered’ Institution.”

Dilating on the topic: “Raising A Family Altars,” with Samuel as a case study (1 Samuel Chapter 1), the Chairman narrated the circumstances surrounding the birth of Samuel and the effort his mother, Hannah, made to raise him for God’s service in fulfilment of her promise to God.

He explained that though Samuel was sent to Eli, the priest, to be trained, his mother’s effort cannot be overemphasised as she annually visited the boy and presented him a linen ephod on each visit in Shiloh, stressing that, “Samuel was a mother’s effort and a product of a godly woman.”

He opined that any time the mother visited Samuel, she might have told him that: “you are a priest so be like a priest.” This, Chairman said, stuck into the boy’s mind, and he became so desirous to be a priest to the extent that he slept beside the ark and did not allow himself to be influenced by the bad attitudes of Eli’s sons.

Like Hannah, Apostle Nyamekye urged parents to train their children in the way of the Lord to be used by God.

“This should be our pledge as parents to raise children that God gives us and present them back to Him for His service,” he said. According to the Chairman, through Hannah’s effort, Samuel grew to be a priest, judge and prophet for Israel.

The Chairman indicated that Samuel was endeared to the people of Israel because he brought true worship of God and revelation back to Israel in those days when revelations were so rare in Israel. He also restored order and sanctity in Israel, which hitherto was unruly for lack of a king (Judges 21:25), by giving them two great kings, and as a result, the people of Israel mourned him when he died (1 Samuel 25:1).

On the contrary, Apostle Nyamekye said, Samuel, who, being a great man of God and a faithful judge, could not train his children in the way of the Lord as his sons perverted justice by taking bribes after they had been appointed as leaders in Israel when their father, Samuel, had grown old which resulted in the demand of a king by the elders in Israel (1 Samuel 8:1-5).

Chairman Nyamekye, therefore, underscored the necessity for Christian parents to prioritise raising godly children and making them live as a delight to the Lord.

“What are you leaving for the children?” he quizzed, adding, “It is not about buildings and cars; these are big toys. You need to leave a Christian legacy – something that has life because when you die, your name will live in your children.”

Apostle Nyamekye advised parents against being too busy and urged them to have time for their families as he attributed Samuel’s failure to train his children to his busy schedules, stressing that, “Your home should be the first church. The issue is not about you serving God, but you and your family serving God.”

Concluding his exhortation, Apostle Eric Nyamekye referenced a quote by Frederick Douglass, the founder of A.M.E Zion Church, who once said: “It is easier to build strong children than to repair broken men,” and encouraged Christian parents to take a keen interest in training their children in the way of the Lord to be responsible adults (Proverbs 22:6).