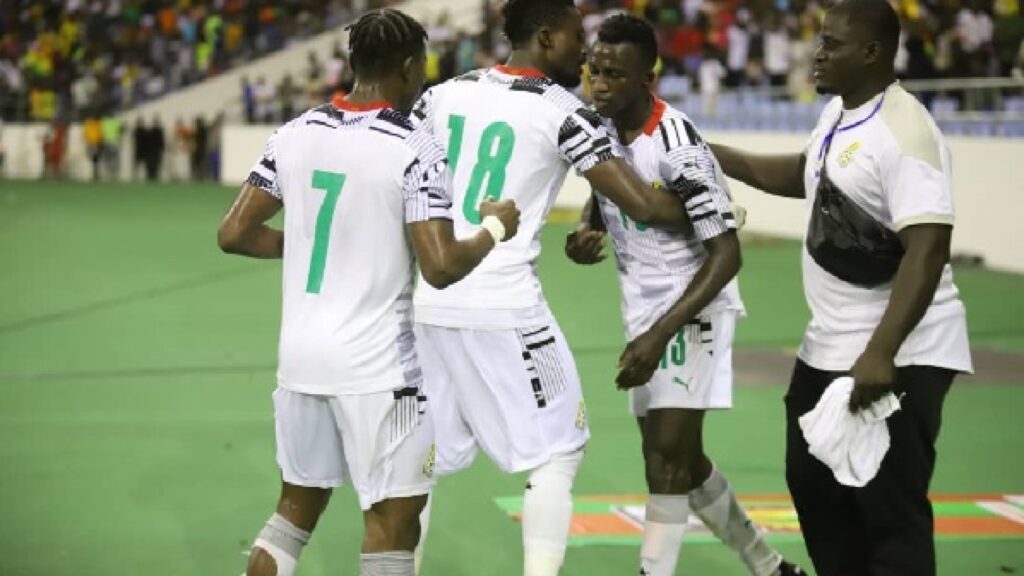 The Black Stars of Ghana commenced their 2023 Africa Cup of Nations (AFCON) qualifiers on a bright note after earning a comfortable 3-0 win over Madagascar at the Cape Coast Stadium on Wednesday.

Goals from Mohammed Kudus, youngster Felix Afena-Gyan and substitute Osman Bukari in the second half were enough to hand the Stars a deserved dominant victory at home.

Kudus opened the scoring in the 53rd minute when he finished a low cross from Afena-Gyan. Three minutes later, the AS Roma forward recorded his debut international goal for Ghana with a flick after meeting a Gideon Mensah cross.

Bukari sealed victory with five minutes to the end of proceedings when he broke free from the Madagascar defenders before dribbling past goalkeeper Razakanirina Rakotohasimbola and slotting home.