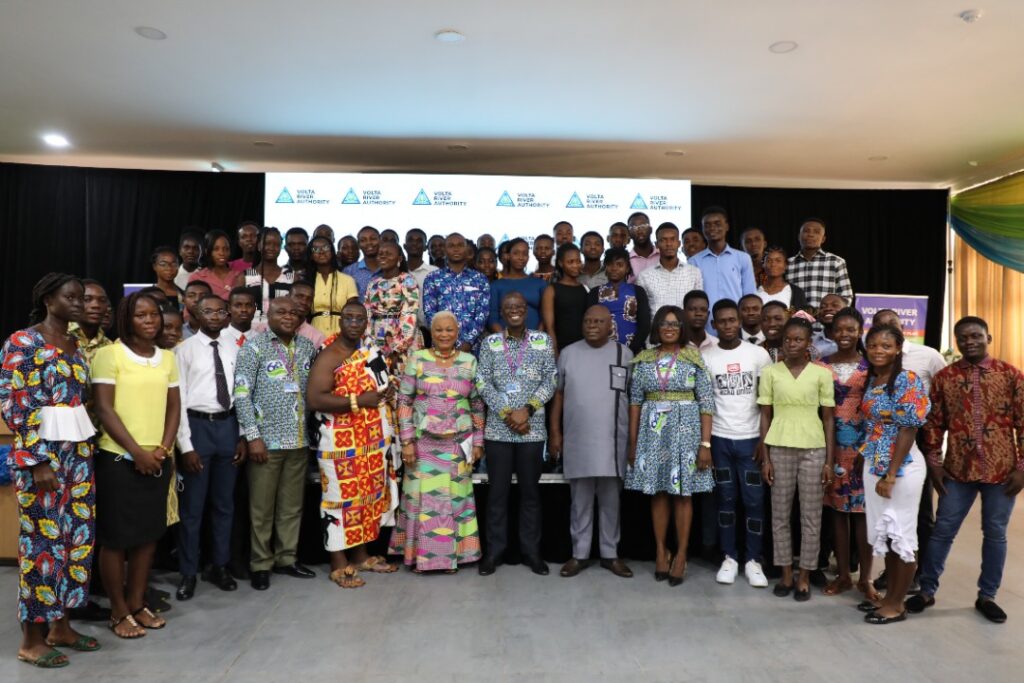 The Volta River Authority (VRA) has awarded full scholarships to 61 needy students from communities impacted by its operations.

VRA instituted the Scholarship Awards Programme in 2011 as part of its Community Development Programme (CDP).

The otherwise joyful awards ceremony at the Dodi World at Akosombo last Tuesday (March 22) momentarily recorded some sadness as during the ceremony, news reached the authority that one of the recipients who secured admission to study at the University of Ghana, Legon, had passed away.

Since its inception, the programme has sponsored 329 students from Akosombo, Akuse, Kpone and Aboadze areas.

The Chief Internal Auditor of the Ghana Education Service (GES), Rev. Bismark A. Akandi, who represented the service, commended the board, management and staff of the VRA for the scheme that, he said, would add value to lives.

“I want to urge VRA to sustain the initiative to provide a holistic education for all, especially the disadvantaged in society. Your continuous support is not only tremendously enhancing your corporate image and reputation, but also contributing to education and improving the lives of these beneficiaries, which would ultimately lead to the development of their communities and the nation at large,’’ Rev. Akandi stressed.

He said education for sustainable development was recognised as an integral part of all other Sustainable Development Goals (SDGs).

It was in that regard that the government was retooling the whole educational sector with the inclusion of Technical and Vocational Education and Training (TVET) as a component and the renovation of most second-cycle technical institutes.

The Chief Executive of the VRA, Emmanuel Antwi-Darkwa, lauded the beneficiaries for performing well in their various institutions of learning.

He said one of the applicants obtained aggregate six but was unable to proceed to the university due to financial constraints.

He said VRA granted him scholarship to KNUST among the 61 beneficiaries where he was doing well.

Mr Antwi-Darkwa also mentioned a number of beneficiaries of the scholarship who were performing well in their respective fields of study.

“Let me highly commend the achievements and progress of these students which affirm our belief that we are really adding value, building talents that will return in future to contribute to the development of their respective communities,” the VRA chief executive added.

The DCE for Asuogyaman, Samuel Kwame Agyekum, said the assembly and the government would also continue to support the laudable VRA initiative to benefit a lot more students who for lack of funding could not access tertiary education.

A member of the VRA Board, Rev. Joyce Aryee and some officials of the VRA, attended the ceremony which was chaired by the Chief of Adumasa in the Akwamu Traditional Area, Nana Ansah Kwaw, on behalf of the Akwamumanhene, Odeneho Kwafo Akoto II.