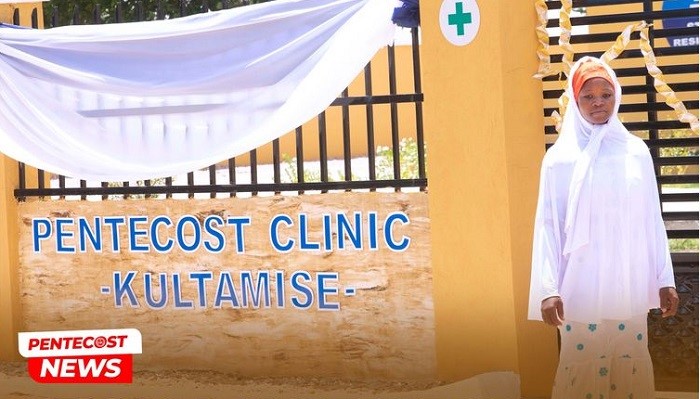 Twenty-one-year-old Comfort Atimbilla is the wife of Mumuni Jalil. The couple has been married for two years. Last year, the Lord was gracious to Comfort, and she conceived. The couple has since looked forward to what they refer to as the first of many children they hope to have. Although very optimistic, Comfort was equally worried. It was her first time at childbirth, having heard a lot of horrifying stories about the inconveniences in childbirth, especially at Kultamise.

Kultamise is a farming community in the Pusiga district in the Upper East Region. It is referred to as a “border town” because, together with other communities, it shares boundaries with Burkina Faso on the north, and Togo on the west. It has a Muslim-dominated population of more than 3,000 people, most of whom are vegetable farmers.

The community is separated from the Pusiga community by the Kulpelgu river. To get to Pusiga one ought to cross the Kulpelgu river or go through Burkina Faso – which is about four times the journey! This necessitated the construction of a concrete bridge over the river to link both communities. Unfortunately, the bridge was washed away by a flood shortly after it was constructed.

This means that residents of Kultaminse and other overbank communities can only come to the other side by crossing the river on foot or by canoe, which is rare. Simple as it may sound, this tends to be very life-threatening, especially when it rains and the river overflows its banks. For people like Comfort, crossing over was not just an option, but the only choice she has in order to access better antenatal care.

Apart from being the main commercial town in the district, Pusiga is also where the only standard clinic is located. This means that to access better healthcare, one must commute from Kultamise to Pusiga at all costs. However, for pregnant women, the challenges are more prevalent.

“When you are pregnant, the nurses discourage you from riding on a motorbike because it could lead to more complications, and since the motorbike is the most affordable mode of transportation here, the only alternative is to walk. So once every month from the latter part of last year, I had to walk for hours from Kultamise to Pusiga for antenatal care. It has not been easy o!” she says and chuckles.

Fast forward to Sunday, June 6, 2021, Comfort recounts the day she went into labour and had her worst fears realised: “At about 2:00 am, I began to feel pains in my tummy. I began pacing back and forth in the house. My husband was following me from one place to another because he knew I was due and was not taking any chances. After some time, the pains became more severe. So, he called his brother, sat me on a motorbike, and headed for the Pusiga District Hospital.

“When we got to the river, it had overflown its banks. It seemed dangerous to cross, but the pains were becoming severe, so my husband helped me off the motorbike, and together with my brother-in-law, they held my hand and helped me to cross the river.

After crossing it, my husband had to leave me and his brother on the other side to cross back to the bank of the river for the motorbike, and then cross over again to carry me to Pusiga. When we got there, I was told there were some complications, so I should go to Bawku instead. At Bawku, I had to wait for a while to be attended to, all the while I was enduring excruciating labour pains.

“This is why the Pentecost Clinic means more than just a health centre to us, it is here to save our lives and make life better for us. If it were here then, I would not have gone through the ordeal I went through. You people (The Church of Pentecost) have no idea what this means to us, especially to people like me who faced such a life-threatening situation. Imagine going into labour, and being carried on a motorcycle, imagine crossing a river on foot while in labour. I was even very fortunate, because others have lost their lives or even lost their babies as a result.”

Comfort, like many other residents, is optimistic about the future of the Kultamise community and the critical role that the Pentecost Clinic would play in this new era.

“Now, accessing quality healthcare is just a stone’s throw away and I do not have to even cross any river to get medical treatment. Now whether it rains or not, it makes no difference. The church has done so well and we as a people are very grateful,” she said.

According to the 2017 maternal health survey, maternal mortality ratio for Ghana is 310 deaths per 100,000 live births and pregnancy-related mortality ratio for Ghana is 343 per 100,00 live births. A review of the 2020 annual performance of the Ghana Health Service in the Upper East Region indicates that maternal deaths shot to 35 in the year 2020 from 30 in 2019, resulting in an institutional maternal mortality rate of 91 per 100,000 live births in the region. This was attributed to inadequate support services including infrastructure, residential and office accommodation as well as means of transport in all health facilities in the region.

Alhassan Kultamise, a native of the community, narrates how he lost his baby and almost lost his wife due to poor access to healthcare.

“It was late in the evening when my wife got into labour. When we got to the river it was too full and we were scared to cross. I did not know what to do. My wife was in pain and yet I felt helpless, there was nothing I could do; attempting to cross would have been signing our death certificates. So, we had to wait until the next day. In the end, we lost the baby, but for the mercies of God, I would have lost my wife as well,” he said.

Alhassan, a father of 12, says thoughts of the incident which took place about four months ago still saddens him. “I know for a fact that if this clinic were to be here, my child would have survived. This is why this community would forever be indebted to The Church of Pentecost for what you have done,” he said.

Carrying her three-week-old baby at her back, a cheerful Comfort Atimbilla joined Alhassan Kultamise and other residents to witness the historic commissioning of the Pentecost Clinic in the community by the General Secretary of the church, Apostle Alexander Nana Yaw Kumi-Larbi, on Thursday, June 24, 2021. The project was fully funded and constructed by the church, through its social services wing, Pentecost Social Services (PENTSOS).

The edifice, worth GH¢ 850,000.00, has a fully furnished Out-Patient Department (OPD), Male and Female Wards, Delivery Ward, Dispensary, Washrooms for both patients and staff, Laboratory, and Consulting rooms as well as residential accommodation for the health officers.

According to the General Secretary, the intervention was informed by the urgent need to provide a health facility that can serve the community and its environs, particularly in helping to reduce maternal and child mortality in the area. “We trust that it will provide a lasting remedy to the decades-long problem faced by the people,” he added.