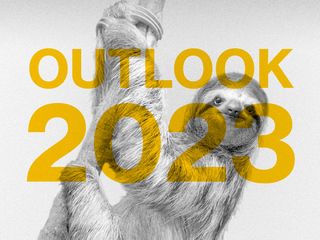 It may be one of the most anticipated recessions of all time, but that doesn’t mean it won’t hurt.

Barclays Capital Inc. says 2023 will go down as one of the worst for the world economy in four decades. Ned Davis Research Inc. puts the odds of a severe global downturn at 65%. Fidelity International reckons a hard landing looks unavoidable.

To kickstart the new year, Bloomberg News has gathered more than 500 calls from Wall Street’s army of strategists to paint the investing landscape ahead. And upbeat forecasts are hard to find, threatening fresh pain for investors who’ve just endured the great crash of 2022.

As the Federal Reserve ramps up its most aggressive tightening campaign in decades, the consensus view is that a recession, albeit mild, will hit both sides of the Atlantic with a high bar for any dovish policy pivot, even if inflation has peaked.

Still, humility is the order of the day for prognosticators who largely failed to predict the 2022 cost-of-living crisis and double-digit market losses. This time around, the consensus could prove badly wrong once again, delivering a host of positive surprises. Goldman Sachs Group Inc., JPMorgan Chase & Co. and UBS Asset Management, for their part, see the economy defying the bearish consensus as price growth eases — signaling big gains for investors if they get the market right.

Expect an uneven year in trading. Deutsche Bank AG sees the S&P 500 Index rising to 4,500 in the first half, before falling 25% in the third quarter as a downturn bites — only to bounce back to 4,500 by end-2023 as investors front-run a recovery.

Perhaps the easy money will be made in bonds at long last. After the asset class delivered the biggest loss in the modern era last year, UBS Group AG expects US 10-year yields will drop to as low as 2.65% by the end of the year on juicy coupons and renewed haven demand.

Meanwhile the crypto bubble has burst. Investments houses are in no mood to talk up the industry, after spending the boom years hyping up the speculative mania as same kind of digital gold for tomorrow, while peddling virtual-currency products to clients in traditional finance. Now, crypto references have been all but extinguished in 2023 outlooks.

And remember Covid? For global macro strategists at least, it’s a distant memory. The pandemic is only a material consideration with respect to China’s high-risk effort to rapidly reopen its economy — the outcome of which could have profound consequences for the world’s investment and consumption cycle.