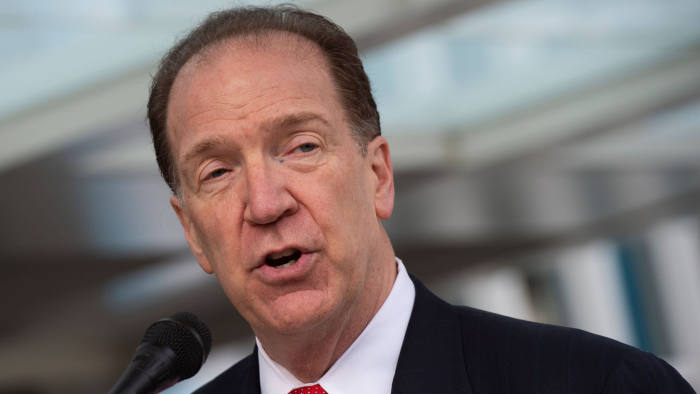 The World Bank Group President, David Malpass, has expressed disappointment over Ghana and Nigeria’s decision not to sign up for the Debt Service Suspension Initiative (DSSI).

The DSSI, put together by the International Monetary Fund (IMF) and World Bank offered countries an opportunity to freeze debt servicing, whiles they concentrate on using their minimum funds to deal with other commitments.

Mr. Malpass was responding to questions at a programme in Washington DC, on suggestions that the Bretton Wood institutions are not doing enough to help cancel the debts of some African countries in distress.

But reacting to the question, he pointed out that Ghana and Nigeria failed to apply for the DSSI, which would have provided some financial space for the repayment of loans.

“Kristalina (IMF Boss) and I were talking yesterday with the Group about the Common Framework. If countries could have a situation where the common framework clause allow the country to have a standstill on debt, that would help the country choose their path forward on debts restructuring. That would mean they would get a break on debt repayment while they work on debt restructuring,” he explained.

Mr. Malpass stated that such initiatives are designed to help reduce the impact of economic hardship on developing countries.

He, however pointed out that some developing countries refused to take advantage of the initiative to minimise the impact of the current global hardship on their citizens.

“Nigeria and Ghana both, did not ask for the common framework treatment”, he said, adding that the situation has made it difficult for such countries to overcome the negative impact of current global economic hardship on trade and currencies of developing countries.

The International Monetary Fund (IMF) had already projected that Ghana will end 2022 with a debt-to-Gross Domestic Product of 90.7%.

This was captured in its Fiscal Outlook Report released on the sidelines of the on-going IMF/World Bank Annual meetings in Washington DC, USA.

DISCLAIMER: The Views, Comments, Opinions, Contributions and Statements made by Readers and Contributors on this platform do not necessarily represent the views or policy of Pent Tv Limited | Pent Media Center.