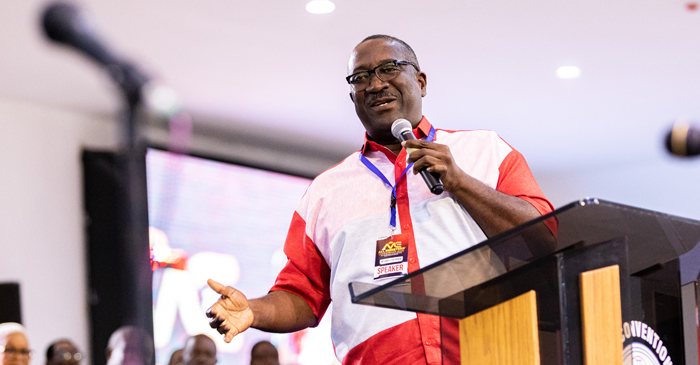 The New Media (Social Media) has been the highest and fastest growing channel of communication for reaching many in this dispensation. However, a lot of churches have ignored this sector leaving it to the secular world to craft the messages and contents for social media savvy who are mostly young adults.

In this regard, the Chief Executive Officer (CEO) of Citi FM and Citi TV, an Accra-based media network, Mr. Samuel Attah-Mensah, has urged church leaders to invest massively in the media in order to reach out to the youth.

According to the ace media operator, who has over two decades of experience in business development and marketing management, the rate at which social media is growing is very dangerous and injurious to the church, especially the youth, thus proper attention must be given to them.

“If you have the opportunity to target the younger people in the church, forge ahead to be sustainable,” Mr. Attah-Mensah said.

Mr. Attah-Mensah said this during a presentation on the topic, “Influencing Society through the Media for Kingdom Impact,” at the All Ministers’ Conference hosted by The Church of Pentecost at the Pentecost Convention Centre (PCC) on Thursday, September 15, 2022.

He pointed out that since the youth are the most active users of social media, pastors ought to craft their messages to suit them.

According to him, the media defined the lives of people because it was sequential in the homes.

On the breakdown of active users of social media in Ghana, the Citi FM boss mentioned that currently there are about 8.6 million social media active users in Ghana with an average spending time of three hours a day.

He, therefore, charged Christian leaders to change their ways to make themselves relevant to the youth. This, according to him, can be done when the clergy crafts their messages strategically, stating, “If you don’t have the conviction to make the difference, all of us will be lobbied together with the quacks.”

Mr. Samuel Attah-Mensah bemoaned that the church has not been able to maximise the potential that exists within the new media.

“Many organisations have invested in owning media houses but it comes with certain responsibilities. It is good to own media houses, however, the responsibility goes beyond the ownership,” he asserted.

He stated that for the church to make an impact in the media, it must start deploying young people, engaging them to make an impact on social media, collaborate with Non-Governmental Organisations (NGOs), and the media to create and craft useful programmes that are beneficial to society.

He urged pastors to develop websites, which have become the source of engagement and information for church members and the public.

The All Ministers’ Conference, the first of its kind, a non-denominational gathering of Ghanaian ministers of the gospel, is being hosted by The Church of Pentecost, under the theme: “Rediscovering And Fulfilling The Purpose of The Church.” (Ephesians 3:10, Titus 2:13-14)