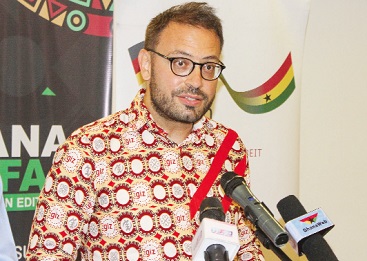 A fair that will bring together private organisations to exhibit job openings and create prospects for job seekers is scheduled to take place in September this year.

The in-person and virtual fair is targeted at creating a joint platform for employers to recruit prospective employees for their institutions and also provide orientation on career prospects and skill demands on the labour market for job seekers.

To complement the government’s efforts at finding lasting solutions to youth unemployment, the Job Fair, which is expected to attract over 6,000 participants in the four-day road show, will inspire the youth to develop sustainable and environmentally friendly entrepreneurial innovations to create wealth for themselves and sustainable job opportunities for others.

The Ghanaian-German Centre for Jobs and Reintegration (GGC), the Ministry of Employment and Labor Relations, the Labour Department, the Youth Employment Agency (YEA) and the Delegation of German Industry and Commerce in Ghana (AHK Ghana) are jointly organising the job fair.

The Head of the GGC, Benjamin Woesten, at the launch of the fair last Wednesday, recounted that the collaboration between the German and the Ghanaian governments had yielded positive outcomes, especially with their joint efforts at employment promotion methods through previous job fairs.

“The GGC and the MELR have successfully organised five job fairs, with a total of 10,927 participants joining our various career and skills development training organised alongside the fairs. In all, close to 600 job fair attendees have been placed into direct employment,” he said.

He the event would use both virtual and physical platforms for career guidance and counselling, world-based learning, coaching and mentoring to equip young people with skills needed for work.

He called on aspiring job seekers and companies ready to hire to make use of the opportunity to work towards reducing youth employment.

The Director of Finance and Administration at the MELR, Emma Ofori Agyemang, who represented the ministry, expressed excitement at the partnership and support from the other agencies in the diverse roles they played to ensure that unemployment in the country was reduced, if not eradicated.

She said the interventions made by the government to address issues of employment through its various avenues suggested that its efforts could not be relented, hence the collaboration to build a sustainable job market.

She encouraged other stakeholders and individuals to maintain coordinated and concerted efforts at promoting such initiatives as the Job Fair, while continually focusing on the sustainability of the avenues that were being created.

“So our transition from brown to green ought to be one that is more purposeful, investment-led and focused on building the green economy as it ought to be,” Ms Ofori- Agyemang added.

The Deputy Chief Executive Officer of the YEA, Alhaji Bashiru Ibrahim, said unemployment had become a threat due to recent global economic challenges which called for a shift from white-collar jobs to entrepreneurship.

In view of that, the YEA was collaborating with the Ghana Health Service to create over 5,000 jobs in healthcare delivery, hence the need to support such fairs, he said.