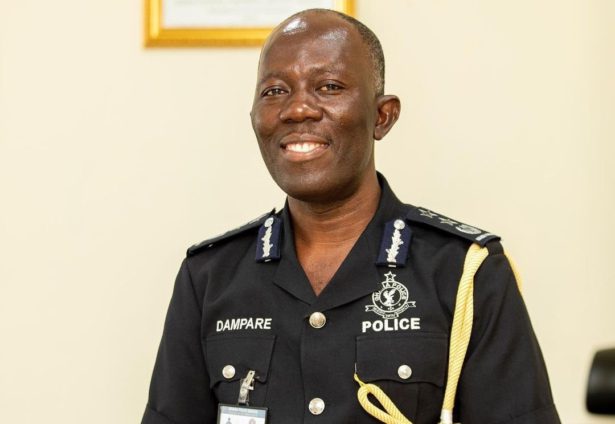 The Ghana Police Service has expressed reservations about the report on corruption perception survey conducted by the Ghana Statistical Service (GSS), Commission on Human Rights and Administrative Justice (CHRAJ) and the United Nations Office on Drugs and Crime (UNODC).

A research conducted by the GSS together with CHRAJ and UNODC ranked the Ghana Police Service as the most corrupt institution in the country.

According to the survey, more than 17.4 million bribes were paid in 2021 with Police officers topping the list of officials who take bribes with 53.2%.

In a five-page reply to the three institutions, Inspector General of the Ghana Police Service, Dr. George Akuffo Dampare questioned the methodology used to conduct the survey.

“Our discomfort, therefore, is the use of selective ranking methodology to project the outcomes in a manner that puts an unfair focus on the Police Service with all the others in your corruption index escaping public scrutiny.”

Dr. Akuffo Dampare explained that per the Police’s analysis of the report, the research could have been influenced by “a historically pervasive stereotyping of the Police Service.”

“The Service has almost now become the default institution of choice for such research and has therefore encouraged a deep-seated public stereotype over the years.”

“This stereotype may easily influence respondent choices and it is therefore fair to expect that you factor it in assessing the validity of your findings,” Dr. George Akuffo Dampare noted in his statement.

Dr. George Akuffo Dampare admitted that the “Service has long acknowledged that some of its personnel may be involved in some corrupt practices and we continue to implement measures to discourage such conduct.”

However, the IGP in his letter on July 27, wondered why CHRAJ and GSS did not include themselves in the survey.

“More importantly, a further scrutiny of the report shows that your two institutions (CHRAJ and Ghana Statistical Service) were also not part of the research and we are wondering why you do not think they are also candidates for corruption investigation, considering that they also provide critical services to the public,” portions of the letter read.

The IGP also wondered why other public institutions were not covered by the survey.

“It has been observed that the research did not cover some other public institutions such as the Ghana Ports and Harbours Authority, Ghana Civil Aviation, Audit Service, Parliamentary Service, Ghana National Fire Service, Gaming Commission, Public Media houses, National Disaster Management Organisation (NADMO),  Narcotic Control Commission (NACOC), the Attorney General (AG’s) Department, the Registrar Generals Department among others and these are all institutions, we believe, that the public deals with regularly.”

The Police, after making its own analysis of the findings of the report, expressed surprise that “a major research like this did not offer any recommendations and solutions.”

The IGP concluded that the findings of the research are “heavily challenged and corrupted from both the academic and practice point of view.”