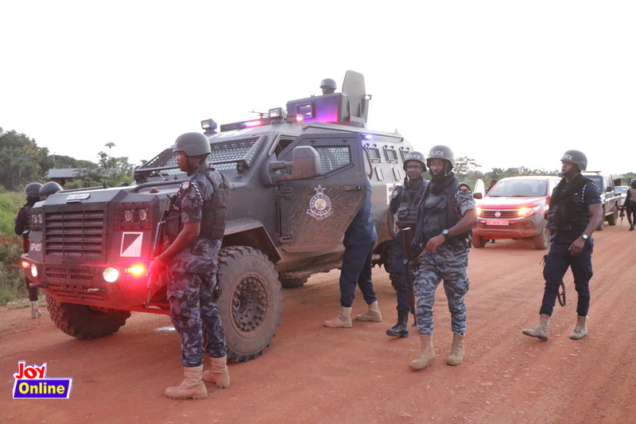 Research conducted by an organisation called Promediation has revealed that more than 200 Ghanaians have been integrated into about four notorious jihadist groups operating in West Africa.

After undergoing training in the Sahel, these young recruits are sent back to their villages of origin to engage in religious proselytising, thereby posing a security threat to the country.

These jihadist groups could ultimately take root in certain locations in the northern regions of Ghana due to their ability to recruit local people who are trained to execute their orders.

“Ghana appears particularly exposed because of its proximity to the cascades region of Burkina Faso and northern Cote d’Ivoire. Indeed, the growing presence of katibas – in particular GSIM-JNIM – in the Cascades region during 2021, as well as the intensification of a strategy of attacks and settlements against neighbouring Cote d’Ivoire, make northern Ghana an ideal cross-border withdrawal and control zone for armed groups.

“This is especially true since these areas, which are plagued by a high level of banditry, offer access to very attractive illegal resources such as cattle rustling and clandestine gold mining,” the research report stated.

The country is, therefore, being exposed to threats because there is a potential development of jihadist cells in the northern regions of Ghana, particularly the Savannah and Upper East regions.

Promediation is a French-based NGO specialized in conflict prevention and mitigation. It is apolitical and acts based on the humanitarian principles of independence and neutrality.

The research team found that active recruitment is ongoing in mining areas across northern Ghana – a development that can potentially leave dire consequences on the country if security measures are not enhanced.

“With the Sahel in a state of heightened crisis and offering fewer opportunities for armed groups in terms of financing, the latter would seek to export their jihad to coastal countries or at least to set up logistical bases, training and rest centres there, less targeted than those they have in the Sahel.

“The objective of the jihadist groups seemed to be to be able to redeploy these fighters to their countries of origin, which they seem to have done since then.”

In 2019 alone, about 30 Ghanaians were able to undergo military training under the direction of Abou Houreira, a member of the Ansarul Islam, a Burkinabe group affiliated with the GSIM-JNIM.

A Ghanaian fighter from Karaga, Abou Doujana (nicknamed Jonou), is reported to have carried out the suicide attack on the Barkhane force on June 21, 2021, in Mali.

“One of the objectives of this gradual establishment would be to establish or reinforce the units present in the Diefoula forest located on the border between Burkina Faso and Cote d’Ivoire in order to secure GSIM-JNIM access to Ghanaian territory.”

The report noted that the Upper West region is considered to be a high-risk area in which the establishment of jihadist groups is highly likely.

“Some recruits return to their hometowns after six months of training in the Fada area, or in the Gourma region of Niger and Mali, with the aim of preaching the cause but also of forcing their parents to buy weapons to equip them,” the report added.

Among other recommendations, the organisation wants local authorities to provide support for the pastoralist sector, which it said has been weakened by the jihadist phenomenon.

The report recommended that government must ensure there is a better political and social integration of populations living in the ‘peripheral’ zones in northern Ghana.

It adds that there should be an improvement in access to basic social services in ‘congested areas’ as well as strengthening dialogue between the security forces and the population against counter-terrorism.

“While there is no deliberate policy of discrimination against any particular community – especially nomadic or Fulani, the feeling of marginalisation appears to be a major driving force behind the involvement of young people in armed and criminal groups.”

Read the full report below: