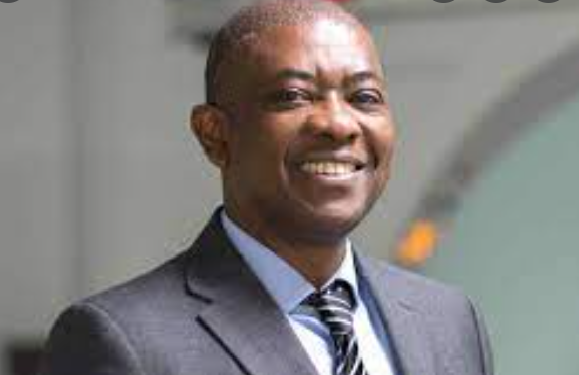 People who suffer Alzheimer’s, a brain disorder, can now heave signs of relief as a major headway has been made in diagnosing the disease with a single brain scan.

A Professor of Cancer Pharmacology and Molecular Imaging at the Department of Surgery and Cancer, Imperial College, London, Eric Aboagye, has led a team of researchers in the United Kingdom to uncover how a single magnetic resonance imaging (MRI) scan of the brain can be enough to diagnose Alzheimer’s disease.

Hitherto, diagnosis was done with several tests, which could take months or years for a diagnose to be achieved.

Speaking exclusively to the Daily Graphic, Prof. Aboagye, a Ghanaian, said the research used machine learning technology to look at structural features within the brain, including the regions not previously associated with Alzheimer’s.

According to scientists, the advantage of the new research was its simplicity and the fact that it could identify the disease at an early stage when it could be very difficult to diagnose.

Alzheimer’s disease is a progressive neurologic disorder that causes the brain to shrink and brain cells to die.

It is the most common cause of dementia, a continuous decline in thinking, behavioural and social skills that affects a person’s ability to function independently.

Alzheimer’s, which is the most common form of dementia, is commonly seen in patients over 65, although people under 65 could also develop the disease.

Prof. Aboagye, who is a 2009 recipient of the prestigious McKenzie Davidson Medal presented by The British Institute of Radiology, said “currently there is no cure for the disease”.

“If we could diagnose better, then it could be a starting point to develop cure,” he added.

He said catching the condition at an early stage provided patients a chance to access support, arrange treatment to manage their symptoms and plan for the future.

Also, he said, a critical aspect of the discovery was that it would help in finding a cure for the disease, as early detection would help in scientific research into a patient’s condition, since research was able to distinguish between early and late-stage Alzheimer’s in 79 per cent of patients.

“Currently, no other simple and widely available method can predict Alzheimer’s disease with this level of accuracy, so our research is an important step forward.

“Many patients who present with Alzheimer’s at memory clinics do also have other neurological conditions, but even within this group, our system could pick out those patients who had Alzheimer’s from those who did not,” he said.

“Waiting for a diagnosis can be a horrible experience for patients and their families. If we could cut down the length of time they have to wait, make diagnosis a simpler proces, and reduce some of the uncertainty, that will help a great deal.

“Our new approach could also identify early-stage patients for clinical trials of new drug treatments or lifestyle changes, which is currently very hard to do,” he added.

He said accurate and early diagnosis allowed researchers to study important brain changes that triggered the disease and aided in the development of new treatments and trials.

According to him, like most diseases, Alzheimer’s was not a disease of the Western world but occurred in Africa and other parts of the world.

He said the disease could affect people below 60 and present with mild cognitive impairment but become more pronounced after 65.

Prof. Aboagye said although Alzheimer’s was a disease of old age, there was also a group of people who could have it through genetics and, therefore,called for more research into that area.

On how the research could benefit Africa and the rest of the world, he said all that was needed was a simple and basic MRI machine.

On the advantages of the research to health care, he said it provided a quicker diagnosis when used in the healthcare system, as it provided simple, accessible and yet accurate results.

Also, he said, the new discovery would help specialists refine their diagnosis because it was automatic in nature.

Prof. Aboagye indicated that the research pointed to a certain region of the brain that hitherto was not really seriously associated with the disease, and said it provided new opportunities for researchers to investigate.