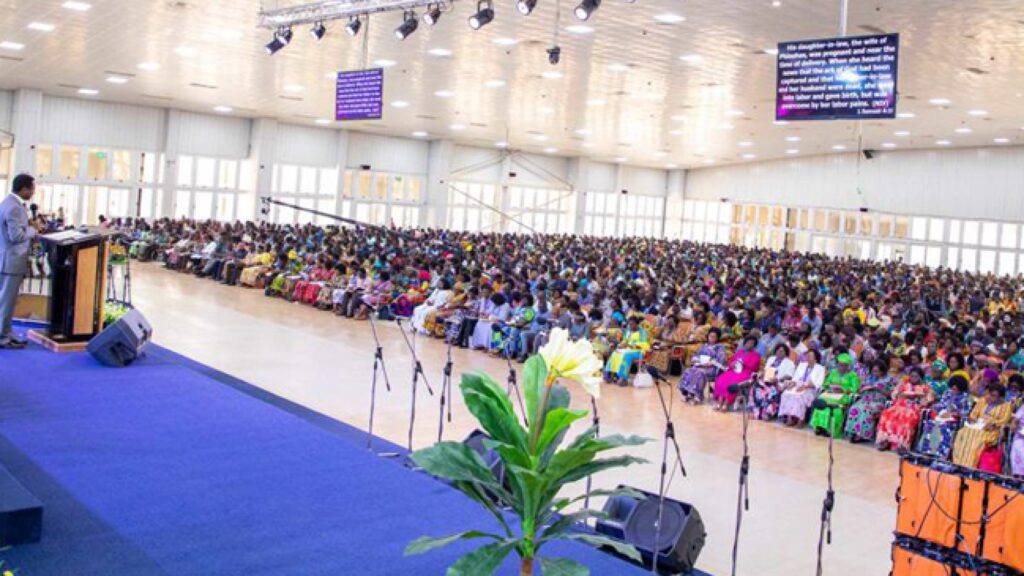 The total membership of The Church of Pentecost in Ghana has hit three million, three hundred and thirty-three thousand, six hundred and fifty-four (3,333,654) of December 2021.

The figure constitutes 10.8% of the total Ghanaian population of thirty million, eight hundred and thirty-two thousand and nineteen (30,832,019) as indicated in the 2021 Population and Housing Census Report by the Ghana Statistical Service.

The Church of Pentecost alone constitutes approximately 15.2% of the total Christian population in Ghana, and 34.3% of the Pentecostal and Charismatic community in Ghana.

This was disclosed by the Chairman of The Church of Pentecost, Apostle Eric Nyamekye, during the opening session of the 17th Extraordinary Council Meetings held today at Gomoa-Fetteh, Kasoa in the Central Region of Ghana.

Apostle Eric Nyamekye also revealed that the global membership of The Church of Pentecost has hit three million, nine hundred and one thousand, four hundred (3,901,400) as of December 31, 2021.

Currently, The Church of Pentecost, which is one the biggest global Pentecostal churches, has branches in 135 other nations.

According to the Chairman, The Church of Pentecost, Ghana constitutes 85.2% of the total worldwide membership.

He added: “The remaining 14.5%, which is five hundred and sixty-seven thousand, seven hundred and forty-six (567,746) was accounted for by our external (foreign) branches, including the two autonomous nations namely Benin and La Cote d’Ivoire.”

Apostle Nyamekye iterated that the total number of assemblies (churches) in the external branches stood at 6,533, while the number of districts stood at 1,187. These represents a percentage increase of 6.0% and 5.5% respectively.

Apostle Nyamekye, however, stated: “In as much as we must thank God for the numerical growth of the church, I would want to put across that our measure of the growth as a church should not only be statistical but also the spiritual and moral development of the members. It is therefore my prayer that our numbers will translate into righteousness to impact the society.”

Tags: Membership The Church of Pentecost