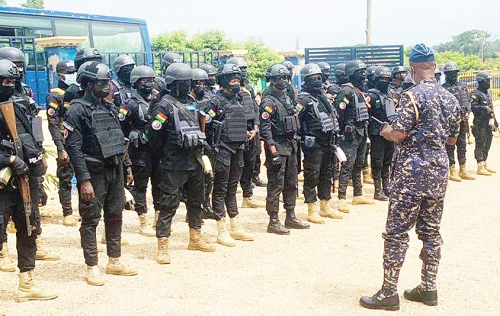 The AARS special force is to boost the capabilities of the two regional commands to ruthlessly fight robbery and other violent crimes on highways.

The acting Inspector-General of Police (IGP), Dr. George Akuffo Dampare, deployed 227 policemen and senior officers, including 126 personnel, for the Eastern Region, with 101 personnel headed for the Bono East Region.

The team for the Bono East Region is led by the Director-General in charge of Information Communications Technology (ICT), Commissioner of Police (COP) Mr. Edward Tabiri.