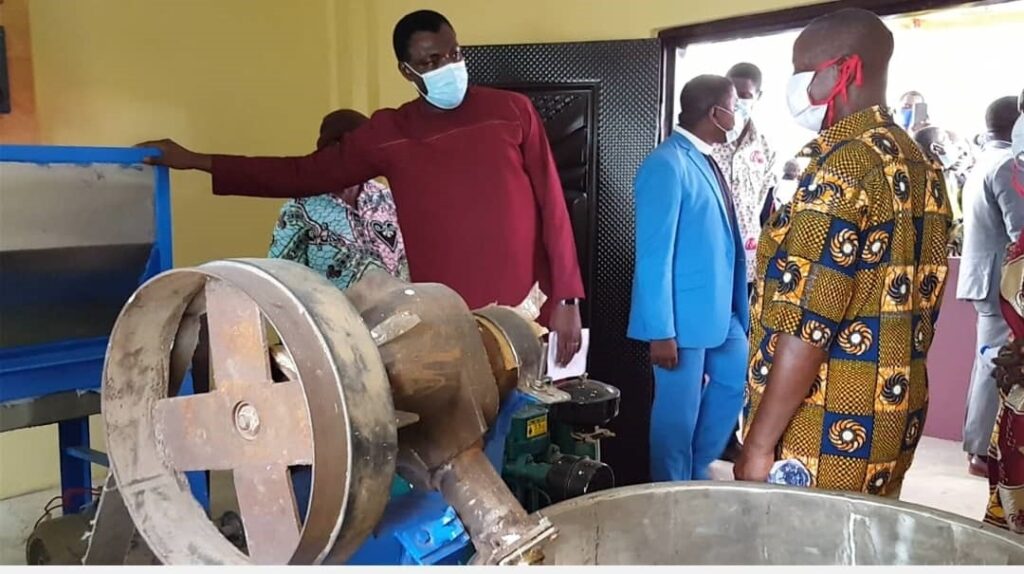 An ultramodern Bakery funded jointly by the Pentecost Social Services (PENTSOS) and the General Headquarters of the Church of Pentecost has been commissioned at Busunya in the Techiman Area.

The Bakery initiative is a social enterprise project of PENTSOS with an overarching purpose to build the youth’s productive capacity and create job opportunities through skills training. The PENTSOS Bakery Project is expected to provide direct employment to 150 people youth in the Church, function as a skills training centre to train the youth in bread making and pastries, and indirectly create jobs for over 500 people in Nkoranza North District.

The PENTSOS Bakery Project was commissioned by Apostle Isaac Nii Kotei Djani, Area Head, Techiman Area, and assisted by the PENTSOS Director, Elder Richard Amaning, and Pastor Peter Afful Blood, the District Pastor of Busunya. In a short exhortation from Psalm 90:17 and 1 Thessalonians 4:11, Apostle Djani admonished members to work with their own hands so that they will not be dependent on anybody and receive God’s blessings.
At the Commissioning was the District Coordinator Director of the Nkoranza North District, Pastorate in the Techiman Area, Representative of the Traditional Authority, Representative of the District Police Commander, and Ministers from sister Churches in Busunya.