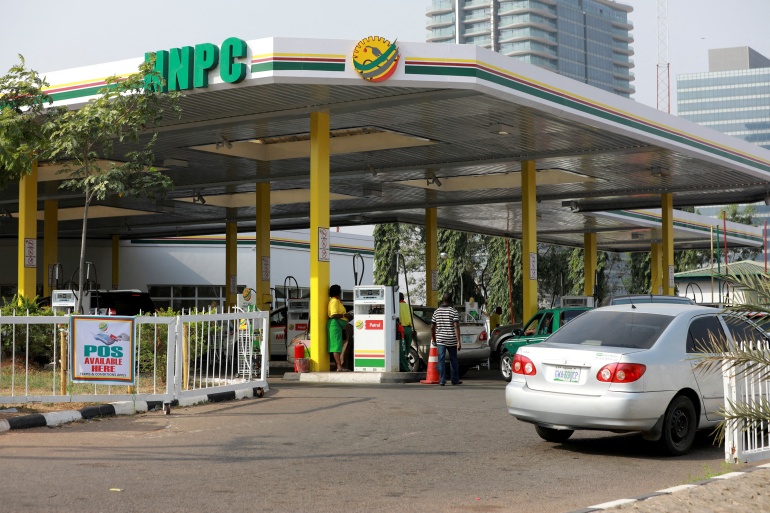 For years, the state oil firm has been plagued with bribery scandals and financial transparency issues. Analysts say going commercial could fix these issues

Abuja, Nigeria – After more than half a century in existence as a government monopoly, Nigeria’s oil company, the Nigerian National Petroleum Company (NNPC), is set to open up its capital to private investors.

The move, marked with a launch ceremony on Tuesday, comes after parliament passed a bill last year to unbundle the NNPC and open it up for private sector investment.

“We are transforming our petroleum industry to strengthen its capacity and market relevance for the present and future global energy priorities,” President Muhammadu Buhari, who also doubles as the petroleum minister, said at the ceremony.

For years, the oil firm has been plagued with bribery scandals and financial transparency issues, as well as other question marks surrounding its dual role as a player and regulator to other firms in the industry.

In June 2020, the NNPC published audited statements for the first time in its history, following pressure from local civil society groups and the international community. Since then, it has continued to put out financial statements, suggesting a departure from years of opaqueness.

Joachim MacEbong, the lead analyst at Lagos-based Acorn and Sage Consulting told Al Jazeera that these moves show a shift to “greater transparency” under Mele Kyari, the NNPC chief since July 2019. “Such things help to chip away at its established reputation as an opaque piggy bank for successive governments,” MacEbong said.

He and other analysts say the oil company will ultimately have to subject itself to scrutiny by other stakeholders in the industry, instead of the status quo – reporting only to the president –  in order for that reputation to be shed fully.

After more than 10 years of debate in parliament, the petroleum industry bill was signed last August, paving the way for the NNPC’s commercialisation.

Until its arrival, the Nigerian oil and gas industry lost about $50bn worth of investments, according to Timipre Sylva, the minister of state for petroleum resources, at the launch ceremony.

Nigeria had only gained “4% of the $70 billion investment inflows into Africa’s oil and gas industry … even though the country is the continent’s biggest producer and the largest reserves,” added a 2021 KPMG report.

Commercialising the state oil firm will allow the new entity to compete for oil and gas assets in the country, Kyari said last month at an industry conference in Abuja, the nation’s capital.

But the move could also help the NNPC shed its biggest weight yet – that of fuel subsidies.

Since 1977 when the contentious welfare policy was introduced, Nigeria has spent trillions of its currency, the naira, propping it up. As of last year, it was spending a third of oil revenues or 2 percent of its gross domestic product (GDP) on fuel subsidies.

But the NNPC is battling to rein this in even as soaring diesel prices are crippling businesses from telecoms to gas stations and increasing pressure on the government for some relief.

Last November, the World Bank estimated that Nigeria “could lose more than N3 trillion in revenues in 2022 because the proceeds from crude oil sales … would be used to cover the rising cost of gasoline subsidies that mostly benefit the rich”. “Sadly, that projection turned out to be optimistic,” said Shubham Chaudhuri, World Bank Country Director for Nigeria.

The new industry regulation mandates Abuja to remove subsidy payments but that task could be extended by 18 months, following a request to parliament in January. The delay in implementation means Nigeria will spend 4 trillion naira ($9bn) in subsidy payments this year, following approval by the Senate.

With Nigeria’s total debt stock rising to 41.6 trillon naira ($100.1bn) in the first quarter of 2022, Africa’s biggest economy could face debt distress in the near term, according to the International Monetary Fund (IMF). This month, Abuja released figures showing that the cost of servicing debts surpassed its revenue in the first four months of 2022.

Opening the NNPC up to outside investment will help accelerate the process of ending subsidy payments in Nigeria, analysts say. “The question is not if it will go, but when and how fast,” Mac-Ebong.

The NNPC’s commercialisation has elicited mixed reactions from industry insiders and analysts.

In the long run, the oil company going public will ideally reduce the government’s fiscal responsibilities to it, thus freeing up funding for other projects, Ekpen Omonbude, a former economic adviser on natural resources at the London-based Commonwealth Secretariat, said by phone.

It is expected to “bring operational efficiency and transparency to the Nigerian oil and gas industry,” Ese Osawmonyi, a senior analyst at SBM Intelligence, told Al Jazeera.  “Now that dependence on government revenue is being eliminated … diversifying its revenue stream … is the crucial objective of this new NNPC.”

The Nigerian oil firm said last year that it would consider an initial public offering (IPO) in 2024. That could be a little too soon, Osamwonyi warned, because “profitability cannot be immediate, nor can the margin be ascertained.”

Or it could even be a little too late because opening up the NNPC is great but its timing is unfortunate due to a number of missed opportunities to independently raise capital and run more effectively, Omonbude, who is also chair of the UK-based Bargate Advisory, said.

“They say the best time to build a tree was 20 years ago, and the second best time is now.” he told Al Jazeera. “I’m not so sure this is the second best time, though. Capital isn’t really chasing fossil fuels as it did say a decade ago, the world is reeling from policy choices in response to COVID-19 19, and the Russian invasion of Ukraine has not helped either.”