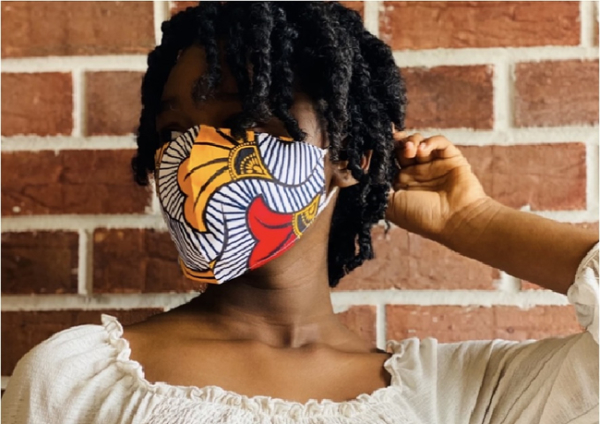 The country’s land and sea borders have been opened from today, two years after COVID-19 travel restrictions were imposed.

Besides, the wearing of face masks is no longer mandatory.

According to the President, fully vaccinated travellers would be allowed entry through the land and sea borders without a negative PCR test result from the country of origin.

He noted that Ghana had reached a critical point in its fight against COVID-19 and the government had undertaken a comprehensive review of the raft of measures put in place to help win the fight against the virus.

“This review is premised on the background of rapidly declining infections, the relative success of the vaccination campaign being supervised by the Ghana Health Service (GHS) and the increased capacity developed in the public and private health sectors over the last two years,” he said.

He added that all in-person activities, such as those that took place in churches, mosques, conferences, workshops, private parties and events, cinemas and theatres, might resume at full capacity, as long as the audience and/or participants were fully vaccinated.

“Hand-washing and hand sanitising points should be made available at these venues,” President Akufo-Addo said.

The President indicated that outdoor functions at sporting events, entertainment spots, political rallies and funerals might resume at full capacity, again, as long as all persons at the events were fully vaccinated.

“The government will continue to engage all religious and traditional leaders, agencies and institutions to encourage their congregants, subjects and citizens, respectively, to be vaccinated to help achieve the 20 million target by June 2022. I will also urge the media to support this campaign,” he stated.

President Akufo-Addo also announced that from today, March 28, fully vaccinated travellers into Ghana would not take PCR tests from the country of embarkation to allow them entry into the country through the Kotoka International Aiport (KIA) and would not be tested on arrival.

“Citizens and foreign residents in Ghana, who are not fully vaccinated, will, however, need to provide a negative PCR test result of not more than 48 hours, undergo an antigen test on arrival at the KIA and be offered vaccination there,” he said.

Previously, he explained, the government had to impose measures to limit the importation of the virus into the country, especially as the first cases of the virus were imported through the KIA.

He said the KIA only allowed fully vaccinated passengers who were in possession of a 72-hour negative PCR test result prior to embarkation and had a negative antigen test result on arrival entry into the country.

Besides, he said, Ghanaians and foreign residents who were unvaccinated were given waivers by the GHS to allow them entry into the country through the KIA.

They also had a 72-hour negative PCR test result prior to embarkation, took an antigen test on arrival and were offered vaccination.

He indicated that the establishment of the COVID-19 testing infrastructure at the KIA by Frontier Healthcare Services Limited, at its own cost, had been key to the country’s ability to limit successfully the importation of the virus into Ghana through the airport.

“The efficiency of the testing regime at the KIA has won global admiration and been applauded by all those who had undergone its testing. It has been one of the reasons Ghana was not at the receiving end of several of the travel bans imposed by the West at the height of the pandemic, for which many African countries were affected,” he explained.

“The government is determined to use all means to increase the deployment of vaccination across the country to achieve our target of vaccinating some 20 million Ghanaians by June,” he added.

He urged sceptics on vaccination not to listen “to the propaganda by the conspiracy theorists and those who are still sceptical about the efficacy of the vaccine.”

“It has been a year since my wife and I got vaccinated; it has not disrupted our physical wellbeing, neither has it caused us to be sick. We are, touch wood, hale and hearty, like the other 13.1 million Ghanaians who have been vaccinated,” he added.

The President said it had been two difficult years for the nation “and we are seeing light at the end of a very long tunnel.”

Consequently, he appealed to all to live responsibly and do everything to stay safe as the restrictions were lifted.

“Now is the time for all of us to join hands, work hard and help put our nation back onto the path of progress and prosperity, as we resume full production and increase productivity.

“As your President, I assure you that, sooner rather than later, our economy will rebound from the ravages of COVID-19. The policies we are implementing will, with your active support, help grow the economy at a much faster rate, help create jobs for the youth and help us overcome the difficulties we are faced with,” he stated.

The President expressed the gratitude of the nation to the leadership and membership of the GHS, as well as all other health workers and members of the COVID-19 task force, for the outstanding work they had done in bringing the nation thus far.